Thank you for such a great CSA and the delicious fruit! I’m not sure we can ever get enough! Your fruit is amazing 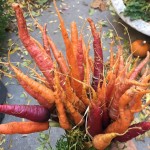 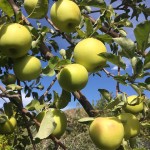 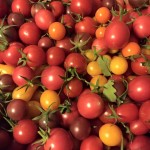 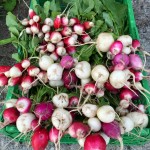 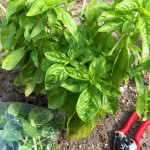 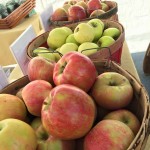 Ralph Larsen has been farming the same ground in Bountiful, Utah since his parents moved there in 1938. Except for a couple of years during the Korean War, Ralph has been around for every planting and every harvest. He planted every tree in the small orchard, all the grapevines that line the fences and arbor, and he has planted just about every vegetable that grows in Utah at one time or another during his life.

Shirley Larsen manages the list of annual customers for peaches, pears, and apples. She also takes orders for canning quantities of tomatoes, green beans, and other vegetables. Kari Cutler and Jack Wilbur spend time helping at the farm in Bountiful. They also grow intensively in small backyard settings in Salt Lake City. Along with growing a large variety of flowers and ornamental plants for personal enjoyment, Kari specializes in growing herbs such as sweet basil, thyme, oregano, sage, mint, burnett, and tarragon. She has also been growing heirloom tomatoes, peppers, squash, and other summer crops for several years. Jack increased production in 2009 at home and in Bountiful of heirloom tomatoes to commercial levels large enough to supply up to two farmers markets a week.