Locals have been dining at El Farol since 1967. With favorites like handmade tacos, family-recipe chile verde burritos and homemade salsa, it is a Mexican food staple in Salt Lake City.

Our food is made by hand from family recipes handed down over the generations. It brings back memories of our grandparents, who started the restaurant, and it brings authentic flavor to a community we love. After 50 years in business, we still love to see the response to trying heated salsa for the first time. Come in and try some on a crisp chimichanga.

Great food and great service. My favorite place to get a good meal.

Relaxing atmosphere and generous portions. I would recommend it for relaxed dining.

Easily the best Mexican food in salt lake. I live out of town now and have to come in every time I visit as soon as I land! People there are great and very friendly! 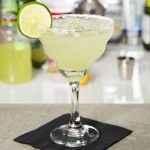 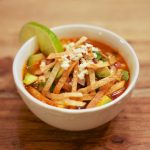 The first day Grandpa Rafael opened El Farol, family legend says he made only fifty cents. Mexican food back in the sixties wasn’t that well known. Only the locals that had grown up alongside with the Mexican culture and others that were adventurous came to try it. Soon word got out about the homemade salsa and best refried beans in town.

In 1992, Rafael’s son extended the El Farol legacy, moving across the street from the original location. After many years cooking the family recipes and working in the restaurant, Rafael’s granddaughter and her husband continued with the family legacy, serving the same familiar recipes and adding some new ones.