Since opening in 2017, Fisher Brewing has cemented itself as a staple in the local craft beer community. Brewing more than 100 unique beers per year, Fisher is known for its array of experimental ales and lagers. Fisher’s brewing foundation is its American-style Fisher Lager, known simply as Fisher Beer–a brand that is always available in the tap room. The remaining 16 beers on tap at any given time rotate at a rapid clip. Hoppy beers like Citra Bomb Tom and the White Pale; dark beers like the Coffee Stout and British Mild; light beers like Mexican-style Fisher Cerveza and Rye Cream Ale; sour beers, including the Lemonade Stand series, and Hazy New England-style Pale Ales, are an example of some of the beers that grace the tap lines.

Since reopening, Fisher Brewing has become a gathering place for the community. We host dozens of events per year for the nonprofit community and have donated tens of thousands of dollars to local causes. We host local food trucks, some of which have credited Fisher for helping them to realize their dreams of opening brick and mortar establishments.

With our array of beers, we aim to offer something on tap for all beer drinkers. This ethic permeates the environment at Fisher, where we endeavor to create an inclusive, jovial environment where all are welcome and comfortable. Cheers!

I love this place and the guys who run it! The history behind the beer is a great story, but that doesn’t stop Fisher from always putting out new brews. With shaded spots for dogs, rotating food trucks, and killer merch, this place is a MUST go if you’re ever visiting SLC. If you’re a local, you probably already know this place rocks. The only thing I wish this pub had was Fisher Brewing dog collars, my dog really wants one and he won’t stop asking for it.” – Brooke Musat, Google Review

I love this place! The beer is delicious, atmosphere is cozy and unpretentious, prices are reasonable, and the staff are always amazing. Definitely the best bar in the city.” – Evan Hylland, Google Review 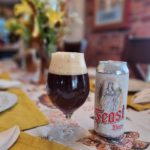 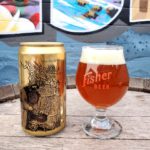 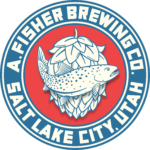 Founded by Albert Fisher, a German immigrant, Fisher Brewing was one of the earliest and largest breweries in Utah. The brewery blossomed during the late 1800s on the banks of the Jordan River, near 200 South and 1200 West, in Salt Lake City. Fisher survived prohibition and during a wave of brewery consolidation in the 1950s, was purchased by a larger brewery, and in 1967, closed. Fifty years later, an idea began percolating among four pals, including Tom Fisher Riemondy, the great-great grandson of Albert Fisher, to resurrect the historic brand. On Feb. 28, 2017, after nearly five years of planning, Steven Brown, Tim Dwyer, Colby Frazier and Riemondy, brought their dream to life when they reopened A. Fisher Brewing Company in an old auto shop on 800 South.