Keep It Real Vegetables is an urban farming project located in Salt Lake City, Utah. I grow produce by hand on several small-scale gardens in the Salt Lake valley. I am dedicated to growing the freshest, highest quality produce available. I adhere strictly to organic growing practices, enriching my soils with massive quantities of compost, compost teas, cover crops, and organic amendments until the soil is sweet enough to deliver the flavor I am looking for. 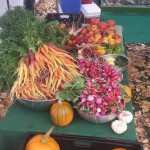 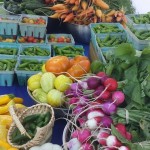 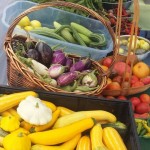 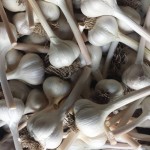 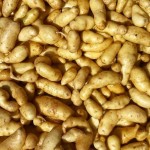 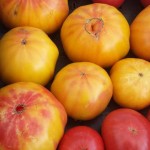 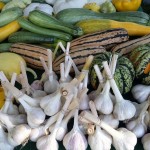 Holiday Dalgleish, farmer and co-owner of Keep It Real Vegetables. Studied Wildlife Biology at Humboldt State University and went on to earn undergraduate degrees in Latin American Studies and Spanish. In an exchange program to Northern Mexico in 2006 she studied desert agriculture and green building, and co-led an organic gardening project with orphaned and under-privileged children at a monastery.
After moving to Portugal in 2009, where she taught English for a couple of years, she became enamored with the Portuguese approach to accessing affordable fresh organic vegetables. Many families (rich and poor) maintain vegetable gardens in their yards instead of lawns.

When Holiday moved back to Salt Lake City in 2012, she turned her front and back yards into fruit and vegetable gardens. After learning from Tyler and her other small farm friends about the many aspects of commercial urban organic farming, she launched her own successful business in 2014, Doc Holiday’s Organically Grown Veggies.