Many of the unique creations and offerings of the old-time Idle Isle are now back on the shelves, as well as new products not often found today. Check out our selection today.

Oh my! The Chocolate Covered Marshmallows I got for a Christmas gift are to die for!! Ps: all the other candy is fantastic too, but CCM’s are my favorite! Thanks for making the best candy!!

No matter where you move to, Idle Isle is the best candy you will ever buy. I ,too, have ordered candy and loved to sheer it with new friends. It is the best! 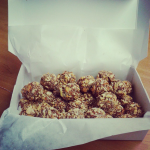 Established in 1921, in the small town of Brigham City, the Idle Isle first opened as an ice cream and candy store. Original founders, Percy and Verabel Knudson, later invited Vera’s brother and his wife, David and LaRita Call, to join them in a partnership that successfully brought the business from an ice cream, candy, and sandwich shop to a full-service restaurant.

Mr. Call developed some 40-plus candy recipes that were to be the backbone of the success of Idle Isle Candy Company. LaRita and Verabel were integral to the hand dipping and production of the chocolates. In 1994, after some 25 years of working with both the Knudsons and the Calls, and having previously purchased their interests in the business, current owners, Richard VanDyke, a grandson of the Knudsons, and his wife, Shari, sold the restaurant and dedicated full time efforts to expand and develop the candy business.

In 2004 a new building was purchased and remodeled to facilitate expansion of both the sales and production areas of the business. In 2019, half of the business was sold to Shari’s sister,  Julie Gailey. Julie has been instrutmental in Idle Isle’s success for more than 35 years, as both a cook in the original restaurant and a candy maker. Richard continues to serve as a consulant for the business.

Located just across the street from the Cafe, the new candy store has the outside look, and the inside feel, of a 1920’s candy store.